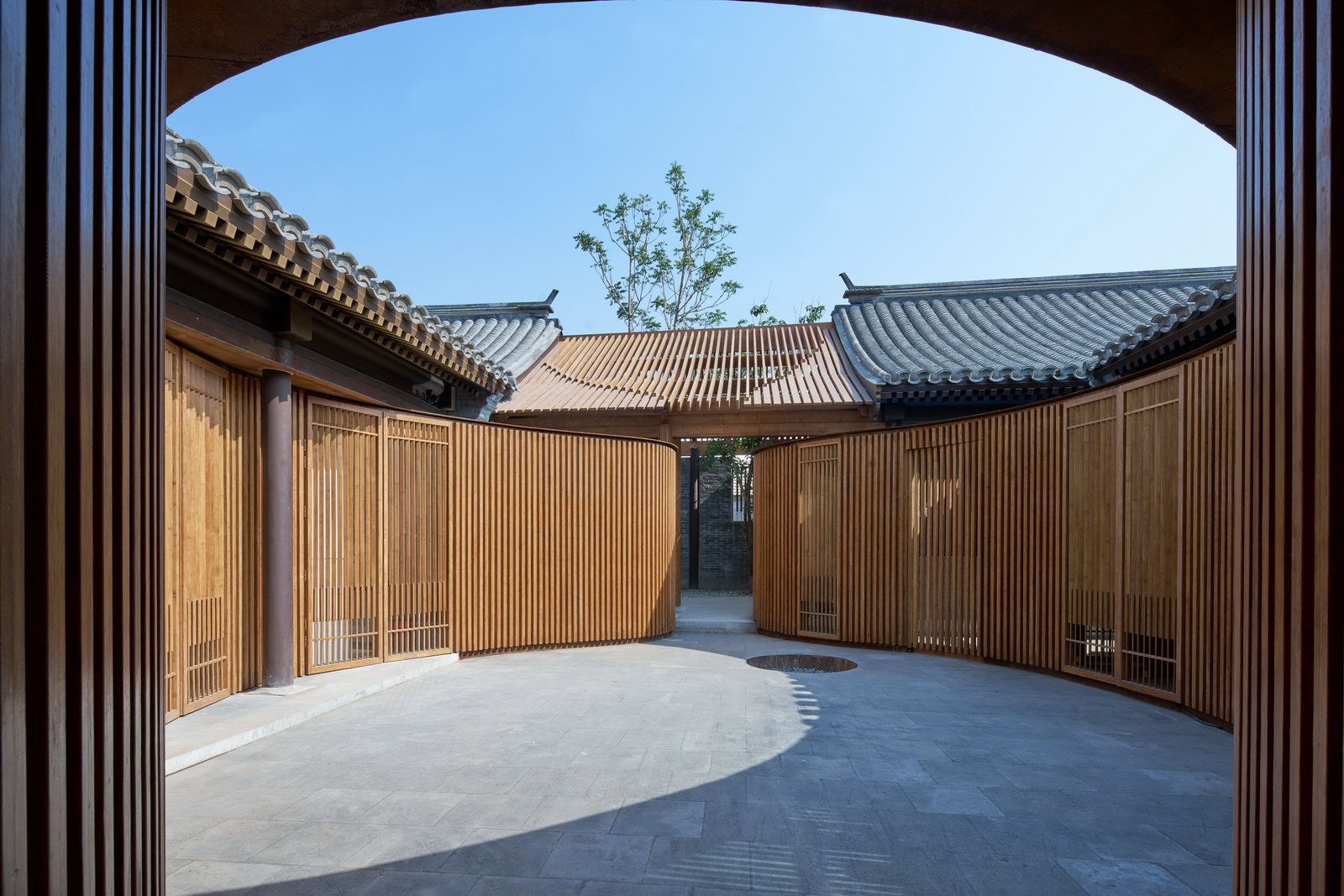 On the north side of this project is a commercial Hutong– West Sanding Factory Street, while on the south side is residential Luanqing Hutong, which is a typical small courtyard that is very suitable for living at that time.

The house is in ruins, and the roof, doors and windows have long since disappeared. In the house, however, two large trees have grown, and we made “a room in the middle of the house” to keep the trees. The two roof in the middle utilized overlapping bamboo steel of the original wooden frame size. The transparent bamboo steel roof conforms to the scale of the original roof tile and forms a more see-through effect in the middle of the roof as it introduces a sufficient amount of sunlight to the small courtyard to facilitate the growth of the trees, and the roofs on both sides were repaired using the ancient method.

To ensure that the original living area is not reduced, we extended the side rooms into the courtyard appropriately, leaving a gourd-shaped courtyard in the middle. Together with an entrance porch, a small two-in-one “Gourd Garden” is formed.

The continuous vertical grille forms the curved wall, which, like a snake, travels through the ordinary courtyard and redefines the excessively rigorous spatial order. The curved wall has a series of open and close bamboo steel screen doors, the space in which are filled with skylights between the original building and this new addition. Vertical grille filters the strong sunlight and provides a relatively private interior space in the courtyard. The “Gourd Garden” has its interior space opened to the sky and separated from the courtyard; this spatial contrast strengthened the Siheyuan’s endocentric spirit.

The small courtyard can be divided into three small units based on functionality. The east wing and the southeast corner can be used as two complete LOFT apartments. The southwest corner is a two-standard-width office space. The deeper west wing which can be divided into two can be used as an exhibition and event space; the two entrances in the north and south can also be used separately.

Maintaining the original architectural texture of the courtyard, we attempted to renovate the original, traditional and vernacular layout patterns and historical features as much as possible, while the interior space can evolve into other unique spatial experiences. It rebuilds the peace of the inner city by creating an introverted utopia to neutralize the bustling outside world, which can reveal a more universally significant spatial model for the old city regeneration agenda.